The Taxi Driver of the Year Charity Fund

The TDYCF and Ubiquitous are bringing back the annual driver of the year competition, but with a difference! Who will the Taxi Driver of the Year in 2015?

As many of you in the taxi trade will know, the TDYCF Competition has not been held for quite a few years now. There have been many requests for organisers Russell and Barbara Poluck to bring it back, but unfortunately the cost to do this is very high and has prohibited the reintroduction of the competition. So, Ubiquitous has offered to lend a hand, and with a new approach and the input of the trade, we will help to get the competition back on the road.

Commenting on the Award announcement, Russell Poluck M.B.E and Honourable Chairman of the Fund said, ‘Let’s not forget that the focus of this initiative is to raise money for those less fortunate than ourselves. We are really thrilled that with the help of Ubiquitous, we are able to reinstate the TDYCF Award and hope that the increased profile of the event will help to provide extra support for our charities. We urge the trade to get behind this initiative so we can successfully reinstate the great tradition of the driver competition and raise more money!’

So the gates are open for the good people of the taxi trade to nominate drivers for the Taxi Driver of the Year 2015, which will not only raise the profile of black cabs and drivers, but will also raise money for the five charities that the Fund supports. The finale of the Award will take place at the annual TDYCF dinner dance, which this year will take place on Saturday November 7th, in central London. For those wishing to nominate a driver for the Taxi Driver of the Year 2015, nominations must be received by 1st October, 2015.

Please read below for a few additional and important facts:

1. Choose which driver/s you might like to nominate, seeking their permission to nominate them for the award!

2. Remember to check that your nominated drivers are available on Nov 7th for the annual dinner dance and competition finale.

3 . Please advise your nominated drivers, that if shortlisted they will be asked to take part in a written knowledge test, taking place at 4.30pm on the day of the dinner dance, Nov 7th.

4. After the written test, each driver will have the opportunity to meet the panel of Judges and answer a few questions about being a cabbie.

5. The winner is decided on the night and is announced as the 2015 taxi driver of the year, collecting their prize as well as the glory! It’s as simple as that!

So why not give some thought to those drivers that you feel uphold the values of London’s cabbies and are trustworthy, polite and knowledgeable. Spaces for finalists are limited, so don’t delay! It costs just £200 to enter a driver and this includes two dinner dance tickets, one for the driver and one for the person who nominated them. Additional drivers can be entered for £100 and this also includes the cost of their ticket to the dinner dance. The TDYCF would love to see a great turnout for the Award at this years’ annual dinner dance, tickets for which are just £65 per head and tables of 10 are available too. 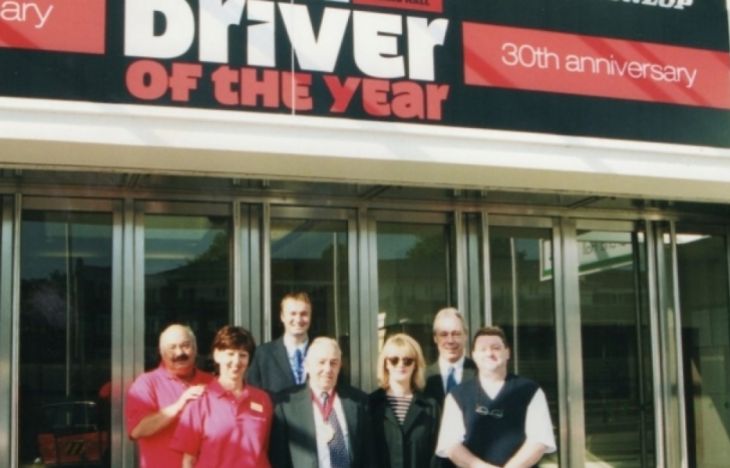