In the run up to the UK release of Universal Pictures "Central Intelligence", Kevin Hart needed a form of transport to get around London. What better way than in a London Taxi!?

With his very own liveried taxi, Kevin was able to race against co-star Dwayne "The Rock" Johnson's bus through London, during their promotional tour.

Used for a variety of filming and photography events, Kevin was so impressed with his ride that he shared it on his Instagram account; racking up a total of 267K likes! 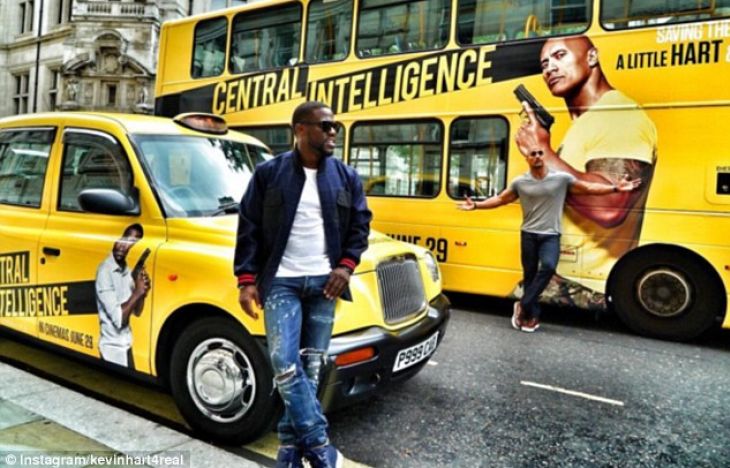