Taxi advertising reaches the areas that other media cannot reach

Anyone who has visited London will know that those who drive the iconic black cab are some of the hardest working Londoners, picking up and dropping off busy people right across the city, day and night. This legendary work ethic is great for Londoners, but as a taxi advertising media owner, it means that we are often asked by agencies and brands, ‘Where do my taxis go?’ Do they really visit train stations several times a day? Do they spend a lot of time in the Square Mile and how often do they cut through Soho?

Until our recent GPS study of taxi behaviour, beyond common sense and driver feedback, we had no hard evidence with which to answer these questions. We concerned ourselves instead with the equally valid question, who sees taxi advertising? The answer to the latter has been provided by Ubiquitous joining Route, the audience research and measurement body for GB outdoor media. Importantly, Route not only enables us to define target audiences, it also allows us to credibly assess the audience (and budget) efficiency of taxi advertising in the context of an overall media plan – insight that has been invaluable to the strength of our media planning knowledge, enabling us to position taxi advertising as an ‘audience first’ opportunity.

Route has proven that taxi advertising – perhaps the most mobile of all OOH formats – is seen by high-value, well-defined audiences in London; however, unlike most OOH formats, taxis aren’t in fixed locations and this, (which may be perceived as a negative by some) lies at the heart of the format’s greatest strength: reach. Most fixed-location posters and billboards are simply not reaching many additional people over time - instead they’re reaching the same people more often. This is not the case with taxis and it’s most definitely due to hard-working cabbies who take their taxis the length and breadth of central London.

Yet reassurance that the taxi campaign will be present in certain areas of London is still sought. Indeed, just when you think you’ve met the expectations of the industry by heavily investing in an audience-led approach, you realise that in practice, media planners and brand managers really do want to know about campaign visibility by area. In short, location does matter, and in the last six months I feel that location is back in the driving seat, spurred on by ‘digital first’ OOH campaign briefs. So perhaps (and despite best efforts), ‘audience first’ is still an idea, or perhaps I should say an ideal, in an industry that seems to be increasingly fixated on sites, coupled with the theory that the delivery of a high value audience is assured because the site is labelled as ‘premium’. This is not necessarily the case though, especially for some of the roadside large format Digital OOH sites, as Route analysis testifies.

However, the idea that audience can be defined by location is not a total red herring. Most people in Central London for example, are sociable, employed, high-spending potential customers; we know that some areas attract certain types of people, often defined by nearby hotspots of industry, tourism, entertainment or retail. Mayfair is where wealthy people are likely to spend time, Shoreditch is known for its innovative tech-heads and late night scene and Fitzrovia for its media professionals; socially we head for areas where we know we’ll be hanging out in a like-minded crowd.

So getting back on point; here is the crux of why taxi advertising is so interesting to brands: taxis are very efficient at growing reach of the most economically active people, simply because they have no fixed location. Route has already proven that taxis deliver high reach of valuable people, but our new GPS study tells us why. It’s hardly surprising is it? If you were a cabbie you’d head for the streets where people are busy and have money to spend. Just one Ubiquitous taxi will deliver advertising up and down the streets of London’s wealth areas, (Mayfair, Knightsbridge, the City and Canary Wharf), many hundreds of times in a month, which makes perfect sense when you consider what Route tells us about the efficiency of taxi advertising to deliver high reach of wealthy audiences, especially when compared to other London OOH environments.

When you learn that the Ubiquitous taxi fleet is making more than half a million journeys within the West End each month, it becomes clear why taxi advertising and media on the Underground make an effective combination to reach Millennials working in London. Let’s not forget London’s important retail streets, like Regent Street and Oxford Street – high street fashion brands absolutely want to be seen in these streets and so favour the location assurance offered by bus advertising; yet even a light-weight taxi campaign will visit these major retail streets more than 300 times a day, so consequently (and confirmed by Route), will be very efficient at reaching ‘Urban Woman’ or fashionistas on these streets and beyond.

This GPS study, undertaken and modelled by Arkenford, has gathered thousands of hours of data about taxi behaviour; not only has it added to our media knowledge, but combined with Route it adds much needed context to the who and the where of taxi advertising in London and goes a long way to explaining the reason why taxi advertising punches above its weight in terms of both audience profile and reach.

So location does matter, but it’s not as straightforward as ’build it and they will come’; it’s about displaying advertising in those areas where well-defined audiences already exist, and taxis have a very unique way of achieving just that. 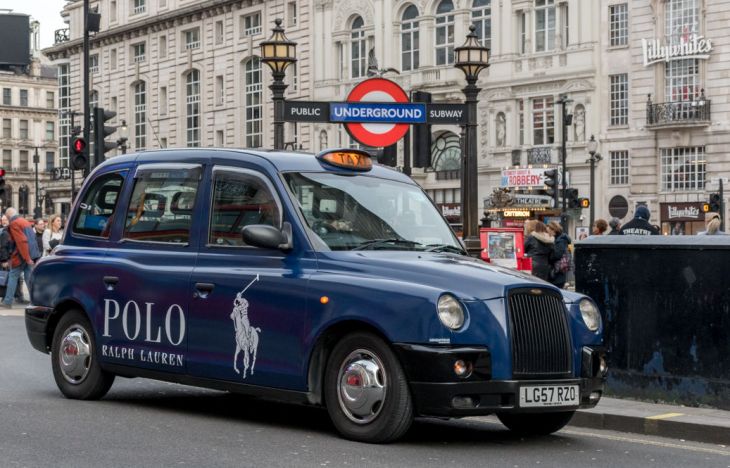 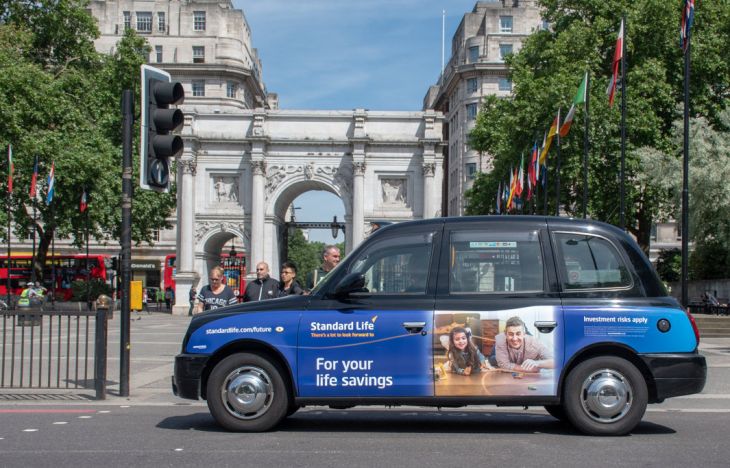