Swap The Cold For Gold!

Coinciding with Her Majesty The Queen launching the Baton Relay at Buckingham Palace on Commonwealth Day, our Tourism Australia taxis encouraged the UK public to travel down-under for the highly anticipated sporting event.

Encouraging the general public to “swap the cold for gold,” the taxis additionally promoted a competition in which a trip to the Gold Coast for the Commonwealth Games was up for grabs!

Marking the start of the Commonwealth Baton Relay at Buckingham Palace, the Australian Press rushed to London to feature the event and making their grand appearance on Australian television, two of the wrapped taxis were featured in a Channel 7 News Broadcast! The segment discussed the purpose of the branded taxis and their impact in London - the iconic cabs became a hit overseas!

In a bid to promote Australia to the UK Market, three of the branded taxis also took part in a photo-shoot alongside Steven Ciobo, Minister of Australia. Incorporating iconic London backdrops and their Evening Standard newspaper cover, the images became popular online. 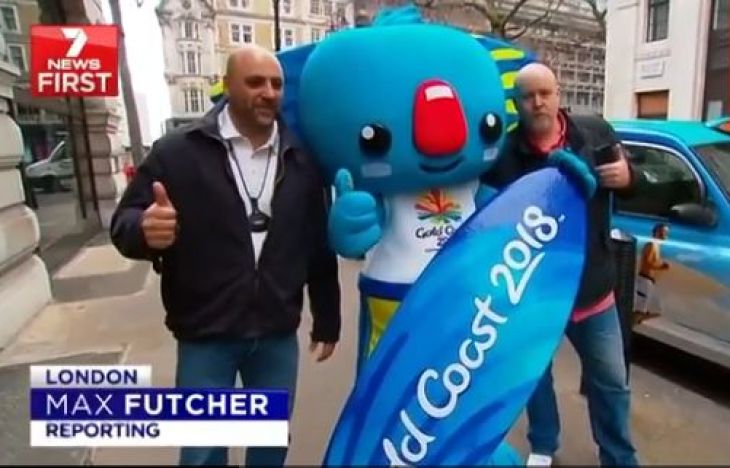