The opening of the new Mulberry flagship store on Regent Street coincided with London Fashion Week this year, so the brand created beautiful wrapped taxis to promote the store and turn heads in the city centre.

On the day of the store opening (also the first day of LFW), the taxis were at the centre of a photoshoot outside the flagship, accompanied by Creative Director, Jonny Coca. Photos where instantly uploaded onto social media sights and encouraged Mulberry followers to catch a taxi to their opening weekend with a complimentary G&T’s also on offer.

Later that evening, Mulberry hosted their launch party for LFW at 193 Piccadilly, attended by a host of journalists and influencers. Key guests were provided a complimentary taxi journey straight from the last fashion show of the day to the party, which became a hit online, after being featured on various social media posts. 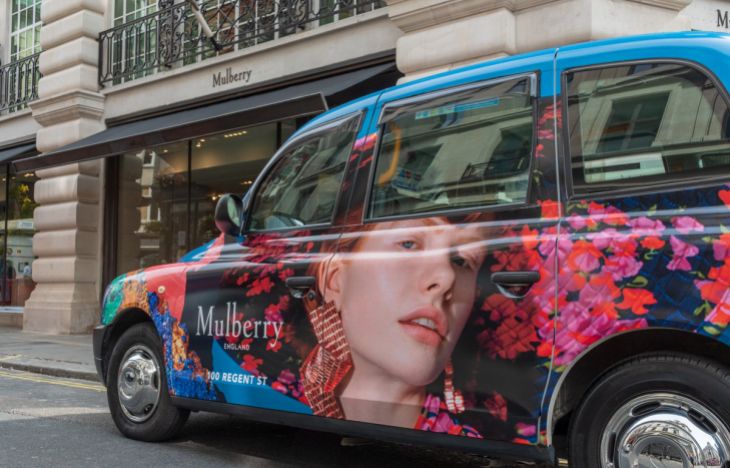