To celebrate the launch, a private cocktail party was held inside the new store and nine liveried taxis were on hand, driving within the vicinity of the store and Bond Street in convoy. The convoy successfully created a buzz and excitement amongst VIP guests, including journalists at the store, awaiting Karl Lagerfeld’s arrival. The remaining taxi drove Karl Lagerfeld to his new store where an array of celebrities and royalty, eagerly awaited his arrival.

After the store opening, the evening continued at Harrods, where Karl Lagerfeld hosted an exclusive dinner to launch the new KARL LAGERFELD fragrance. A black carpet was laid out for arriving guests and the nine convoy drivers circled Harrods generating further awareness. All of the drivers were dressed in smart Karl Lagerfeld suits and shirts especially for the PR Event.

For the remainder of the campaign, the drivers were provided with exclusive Karl Lagerfeld t-shirts to ensure that they were the perfect brand ambassadors throughout. All of the KARL LAGERFELD Kabs are stocked with fragrance samples, with the special Kab stocking miniature Karl Lagerfeld perfume samples, for the drivers to hand out to unsuspecting passengers. So if you spot a Karl Kab, be sure to jump in! 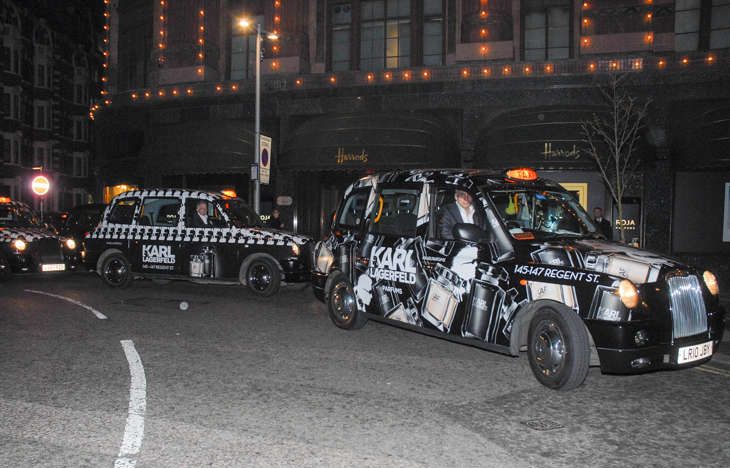 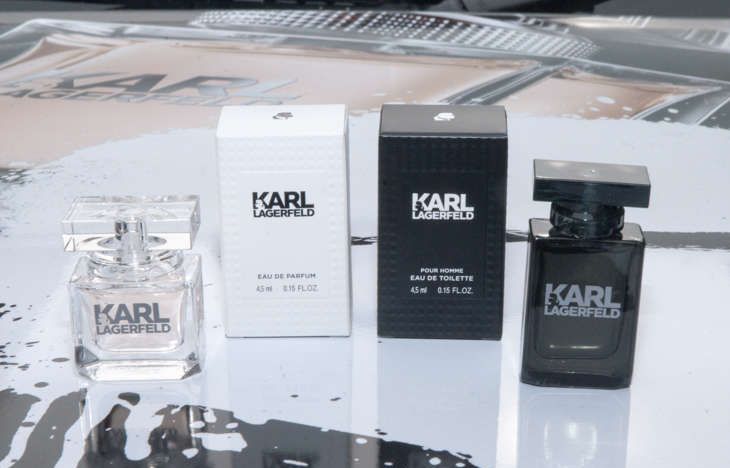