A black cab has become the latest London icon to be decorated in a rainbow livery to mark the International Day Against Homophobia and Transphobia (IDAHOT), on Sunday 17 May. The cab, which is London’s first rainbow taxi in service, has been wrapped as part of the 11th anniversary of IDAHOT, a day that aims to raise awareness of Lesbian, Gay, Bisexual and Transgender (LGBT) rights worldwide.

The wrap is part of a partnership between Transport for London (TfL), Ubiquitous, the company responsible for advertising on taxis and cab driver, Ian Beetlestone. The taxi will join TfL’s rainbow bus, as another symbol of London being one of the most diverse cities in the world and both vehicals take part in this year’s Pride Parade in London.

The rainbow taxi and bus also mark the 10th anniversary of TfL's LGBT staff network group, OUTbound. Over the last decade, the group has made a significant contribution to championing LGBT+ policies, for both staff and customers. Martyn Loukes, Chair of TfL’s LGBT staff network group OUTbound, said: “We are incredibly proud to have helped bring London’s first rainbow taxi in service to the Capital’s roads, joining our fabulous rainbow Routemaster which has proved a huge hit with our customers. Having a traditional black cab, which is famous all over the world, wrapped in a rainbow flag shows what a truly diverse city we are.”

The vision for London’s first rainbow taxi came from Ian Beetlestone, a 36 year old gay London cabbie who lives in Islington and is originally from Holmfirth, West Yorkshire. Ian approached TfL to join the Pride in London Parade this year and OUTbound were able to make his vision of a rainbow cab a reality with the help of Ubiquitous. Ubiquitous have sponsored the entire wrap for the taxi which also includes information for passengers about how they can report homophobic and transphobic crime on the taxi’s tip seats. Passengers can report the crimes at www.report-it.org.uk, or tapping by their smartphone against the NFC stickers in the cab.

Andrew Barnett, Managing Director at Ubiquitous, said: “When OUTbound asked us to take part in supporting IDAHOT by wrapping a Ride with Pride taxi, we embraced the idea. This eye-catching livery is a great way to deliver an important message to every street in town, and represents a pairing of tradition and progression that truly demonstrates what a diverse city London is.”

Ian Beetlestone, a London taxi driver, said: “Gay cabbies are like gay footballers - you know statistically there must be some but you rarely hear about them. I wanted to stand up and be counted. I've dreamed about driving a rainbow cab and am thrilled to have made this dream a reality with the help of TfL and Ubiquitous. “As we mark International Day Against Homophobia and Transphobia this Sunday, I want everyone to know they are welcome to hail a ride in our iconic, beautiful vehicles.”

Steve McNamara, LTDA General Secretary, said: “This project further strengthens the bond between London’s LGBT community and the taxi trade. It is wonderful that an iconic taxi is being specially wrapped to celebrate IDAHOT.”

It takes more than three hours to wrap a taxi, but you can watch the Ride with Pride taxi being wrapped in under a minute here: https://youtu.be/4iMHVnHhd_I This article first appeared on the TfL website. 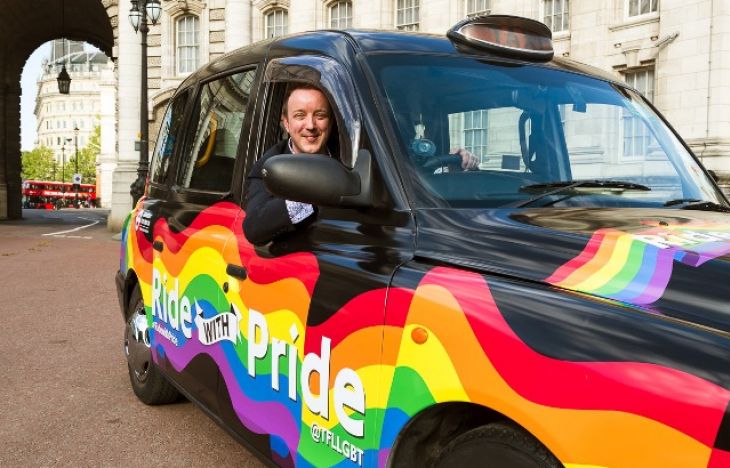 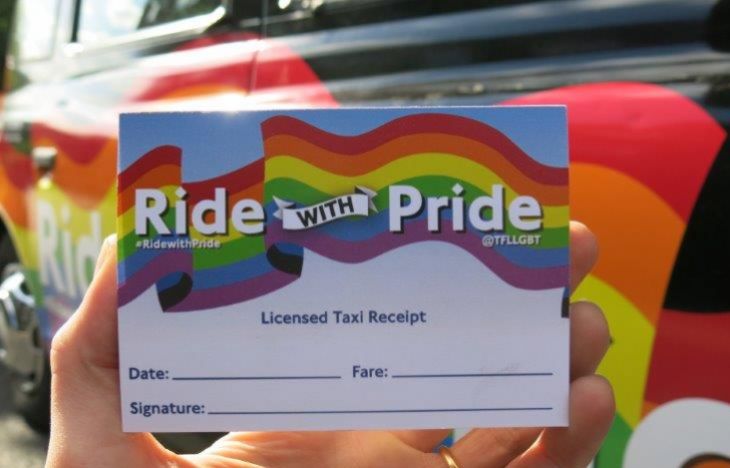 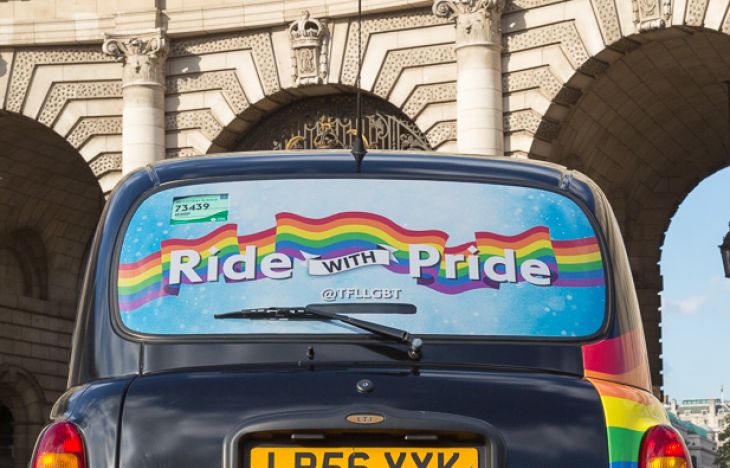