There has been some Twitter activity recently about a taxi advertising campaign that we are running for a cross-country train client, bearing the copy line, ‘Bored of traffic? Board a train.’ This has sparked some comments from the cab trade who feel that featuring such a copy line is simply promoting a service that is in direct competition with London’s black cab service; essentially, encouraging people to take a train rather than a black cab.

Nothing could be further from the truth. The campaign is for GWR, a British train operating company that services the South West of England (Reading, Bristol, Taunton and beyond), out of London’s Paddington station, one of the busiest drop off/pick up places for black cabs. By virtue of their network being almost wholly outside of Greater London, GWR is not a service that directly competes with London’s black taxi trade in any way whatsoever.

We are wholly in agreement with the cab trade that it’s not in any of our interests to promote any mode of transport that might compete in Greater London for passenger money, i.e. Heathrow Express or the London Underground. Ubiquitous is, always has been and will continue to be, a significant champion of the London taxi trade. 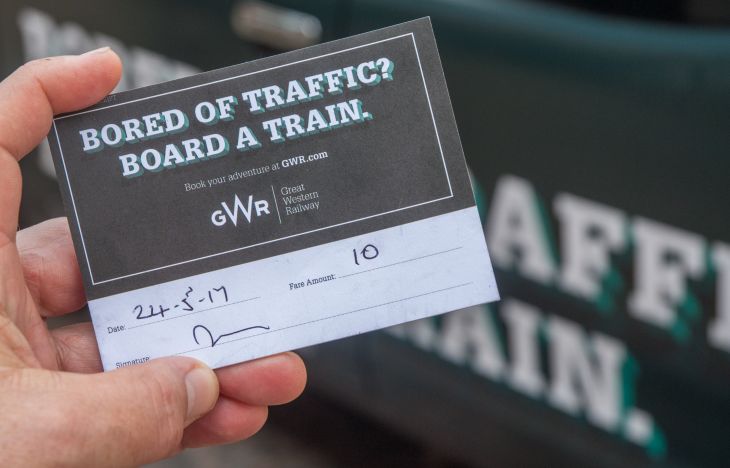