InterRent, the low-cost car rental brand, has hired taxi advertising specialists Ubiquitous to raise awareness of the latest UK offering from the Europcar group. The first-time campaign for InterRent marks the brand’s recent entrance into the UK market.

The campaign has been designed to reach frequent travellers to two of the UK’s busiest regional airports: Birmingham and Glasgow. The exteriors of 50 taxis have been creatively branded with the message ‘car hire from £10 per day’ to promote InterRent’s competitive prices. Inside, a tip-seat campaign will reinforce the message to remind passengers of the deals on offer at their local airport.

Ken McCall, Managing Director, Europcar UK Group said: “Having only recently arrived in the UK, we wanted to launch a campaign that would instantly set the InterRent brand apart from other car hire companies. From rates of £10 per day, we want to make it easier for travellers to get around once they’ve touched down at the airport. The taxis will broadcast our key offering across some of the busiest cities in Britain, emphasising just how affordable hiring a car can be.”

Micky Harris, Director at Ubiquitous, added: “The car hire industry is a particularly competitive space, especially at transport terminals. Where airports are often located on the outskirts of major cities, black taxis are a great vehicle for travel brands to reach a target audience of consumers as they travel to and from their flights. Since taxi drivers naturally make their way right across the city, often ranking in high footfall areas, they take a brand’s message far and wide to a broad audience of business travellers and holidaymakers.” 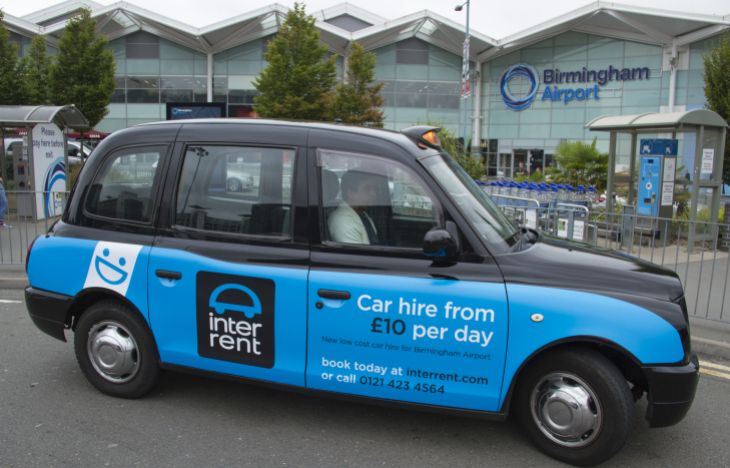