During Summer 2016, Capital FM hosted a unique game, which required special guests to take part in London-based challenges. Sponsored by Coca-Cola, the game helped listeners win exclusive prizes, such as trips to LA, depending on the Celebrities‘ scores.

Three Coca-Cola wrapped taxis performed a huge role, being responsible for shuttling special guests Will Manning, Conor and Jack Maynard, and Dodie Clark to the locations of their unique challenges and for filming and photo opportunities.

Not only did the nation hear about Coca-Cola on the radio but also through social media, as footage of the activity was uploaded live. 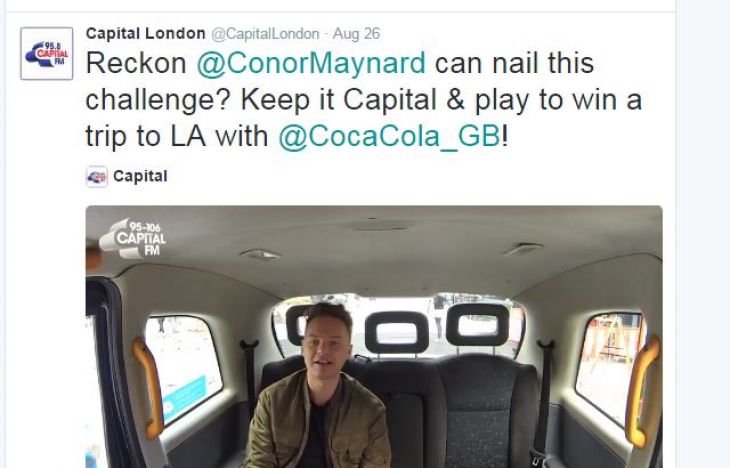 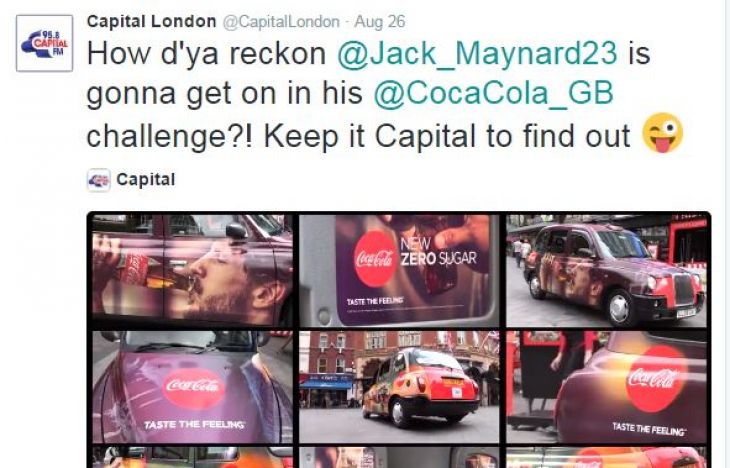