Check Em Lads teamed up with Ubiquitous to run a superside campaign in the capital, in the run up to the charity’s 10th anniversary. Phil Morris, who started the Check Em Lads charity, campaigns for men to be pro-active about testicular cancer and his ethos remains the same as it did from the outset, “My aim in establishing Check em Lads was to find a way that was accessible, educational and supportive and importantly, informal”. The ingenious idea behind this campaign is to target, amongst others, male taxi drivers, with an awareness message that encourages drivers to ‘check ‘em’ on a regular basis.

The taxis were used for a professional photo shoot at Carnaby Street, featuring active supporters of the charity, drummer Steve White and radio presenter Ian Collins. Photos of the campaign were used on social networking sites to promote awareness about testicular cancer and the charity itself. 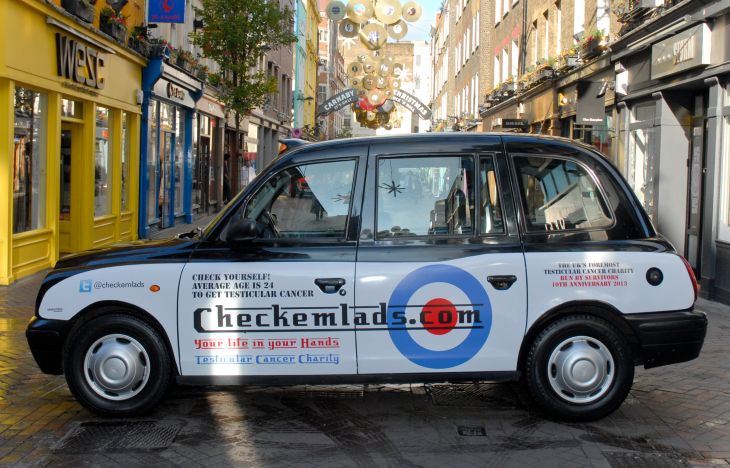