To build on the promotion of the logo, during London Fashion week Burberry utilised their taxis to showcase the brand on the move and at strategically important locations, such as outside both their Bond Street and Regent Street stores.  The striking livery taxis provided a fantastic photo opportunity for Burberry fans and the passing public. More than this, the taxis were available to transport Burberry customers between their two stores within the hours of 10am – 7pm each day.

Promoting the brand even further, the taxi drivers themselves were provided with Burberry trench coats and polo shirts to wear during the event activity.

The taxis and their Burberry-attired drivers featured across many social media posts, with the hashtag #BurberryRiccardoTisci. 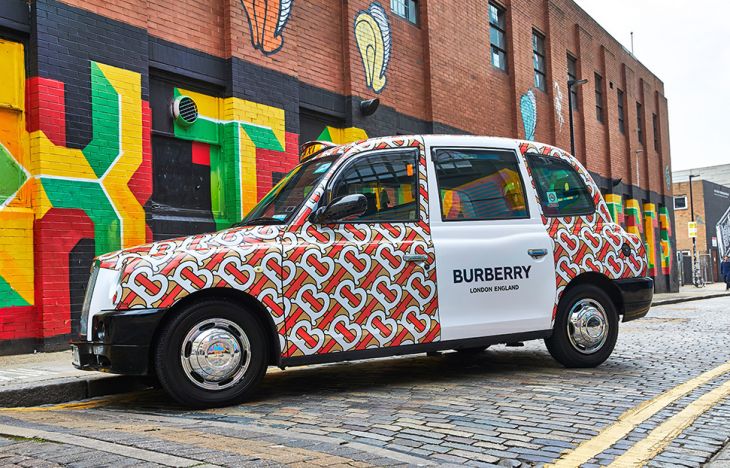